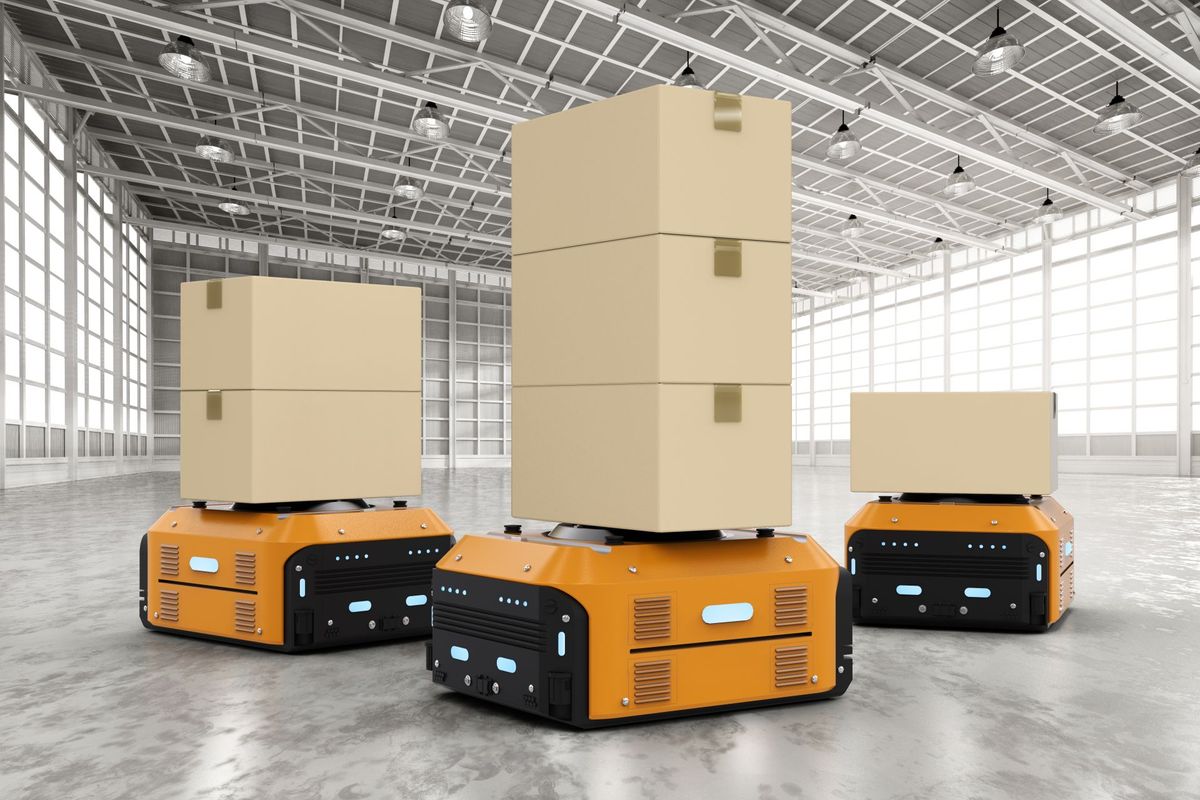 When Australia’s premier eCommerce superstore, Catch Of The Day, needed an innovative long-term solution to their picking and packing productivity, they sought out the expertise of another leading Australian company – Sealed Performance Batteries, the wholesale specialists in batteries and energy storage solutions.

Catch Of The Day’s multi-million dollar distribution centre at Truganina in Melbourne’s outer west is a state-of-the-art warehousing facility designed for maximum efficiency to pick and pack more than 500 order lines per hour. To meet the requirements of this demanding workload, a fleet of seventy-two Swisslog robot carts are used to automate the process. A programming station controls the robots wirelessly, mapping the most efficient path for them to fulfil orders.

However, with Catch Of The Day’s rapid top-line growth, the robot’s existing batteries – 2 x 12V100AH SLA’s in a 24V configuration – were struggling to meet the ever-increasing daily order targets. With Catch Of The Days’ eight hours shifts scheduled twice-daily, and a robot’s operational capacity limited to six hours before it needed recharging, the decline in productivity was increasingly evident. An eight hour charge time for their existing SLA batteries meant a robot was out of service for at least one shift per day. Compounding efficiency and cost-effectiveness was the need to replace the batteries in each robot every 12-18 months. It was at this point Catch Of The Day’s young gun maintenance engineer, Luke Scott knew there must be a better solution, it was either spend more money on new robots, or find an option to increase the uptime of the existing Robots which led Luke to start his investigation into Lithium as a battery option.

Innovative solution lead to quality outcomes
When Catch Of The Day, via Luke discussed the situation with Sealed Performance Batteries looking for a long-term solution to increase the workspan of their robots, Director Ryan Hammond identified the need for a battery that would deliver economy, longevity, high performance, and an extensive cycle life. “Invicta’s Lithium 24V range was the most obvious choice,” said Hammond. “We recommended the LiFePO4 as it is ideally suited to deep cycle longer run time applications, and each battery has built-in Bluetooth for remote monitoring.”

Subsequently a trial was conducted whereby a robot was fitted with a single Invicta Lithium 24V 150AH LiFePO4. The results were outstanding, with the lithium-powered robot’s new operational capabilities extending to a run time of six full shifts before requiring a recharge, which could then be undertaken during the four hour period where Catch Of The Day does not operate a shift. This effectively reduced the downtime of each robot to zero (an increase in productivity of 285%), and with the 10 year lifespan expectancy of each Invicta Lithium battery, replacement times have been reduced by more than ten-fold against SLA replacement, resulting in a saving of greater than $281,000. Catch Of The Day estimates the overall dollar value of their improved productivity to sit around $126,000 year.

With such successful outcomes, Catch of the Day’s lithium-powered future only depended on insurance to cover their warehousing facility before they could move forward with a full retrofit of every robot. However, with standard safety requirements to be met, Catch of the Day’s insurance provider required a full safety report, along with independent testing certification on the complete battery system.

Sealed Performance Batteries have been at the forefront of the lithium battery technology since its early years of commercial introduction, and were well equipped to meet the insurance obligations. Explains Hammond, “Sealed Performance Batteries had already undertaken IEC62619 Certification for the complete battery system of our Invicta Lithium range, so we were able to produce the TUV test certificate. This combined with Invicta’s built-in safety features, and a detailed risk assessment ensured the approval of Catch of the Day’s insurance.”

Today, approximately half of Catch Of The Day’s seventy-two Swisslog robot carts have been retrofitted with lithium technology, with software writing underway to allow for computerised central monitoring of all batteries. “We’re proud to have been involved in this new era of technology and growth for Catch Of The Day,” says Hammond. “It not only demonstrates how lithium batteries set themselves apart from SLA’s, it demonstrates why Sealed Performance Batteries have become synonymous with superior battery technology and energy storage innovations.”

Lithium – the battery of the future for industry and commerce

Lithium batteries have long been heralded an innovative power solution of the future. Sealed Performance Batteries are servicing the needs of their diverse client base by meeting the ongoing demand for the replacement of sealed lead batteries with lithium technology. “We’re finding as industries and technologies evolve, a wide range of applications are benefitting from lithium’s superiority and flexibility. Warehousing and distribution is certainly undergoing change, as illustrated by Catch Of The Day’s growth progression and savvy investment decision. As facilities across the globe become more and more automated, the requirement for lithium batteries will only increase.”

Sealed Performance Batteries offer a range of lithium batteries across leading brands such as Invicta and Leclanche, each containing contain built-in battery management and monitoring systems to advance the productivity, efficiency, and economy of residential, commercial and industrial applications.